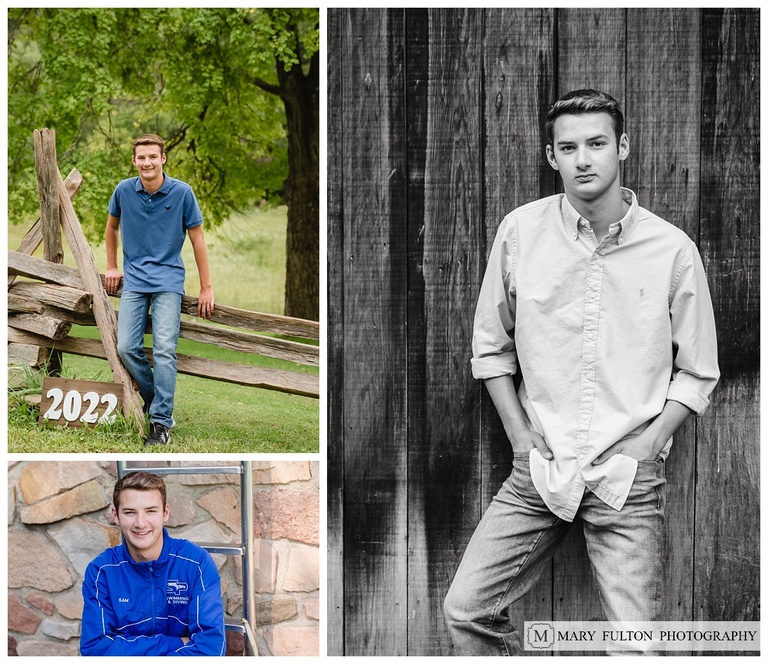 Fellow lifeguards started arriving at the Wave Pool to prepare for the busy day ahead.  Thankfully, Sam’s boss gave permission to take some photos before his shift officially began.  Sam started the swim team in 7th grade and has continued to excel in the sport throughout his schooling.  This past summer he became an official lifeguard at the South Park Wave Pool.  What a great summer job for a passionate swimmer! 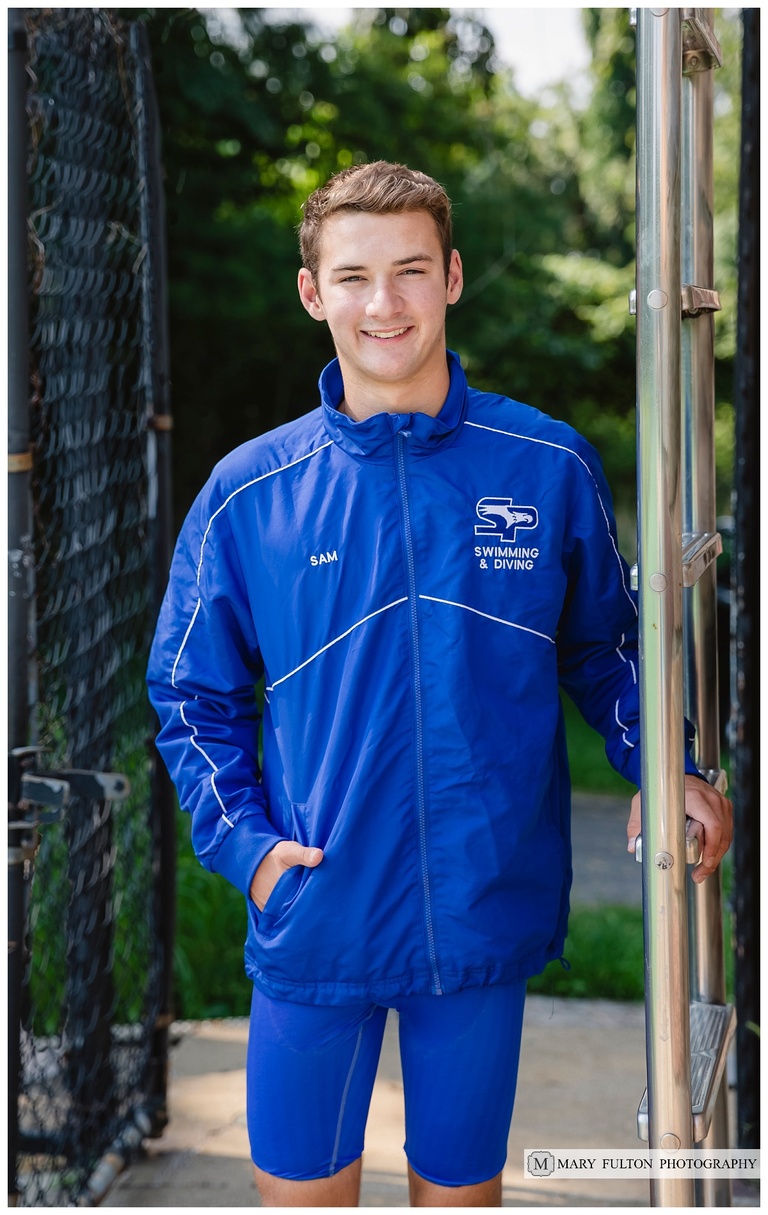 We wanted to capture some photos with Sam in his South Park swim team gear.  I know it was not easy for Sam to smile for photos when the refreshing water was only inches away on that hot summer day.  He never complained though! 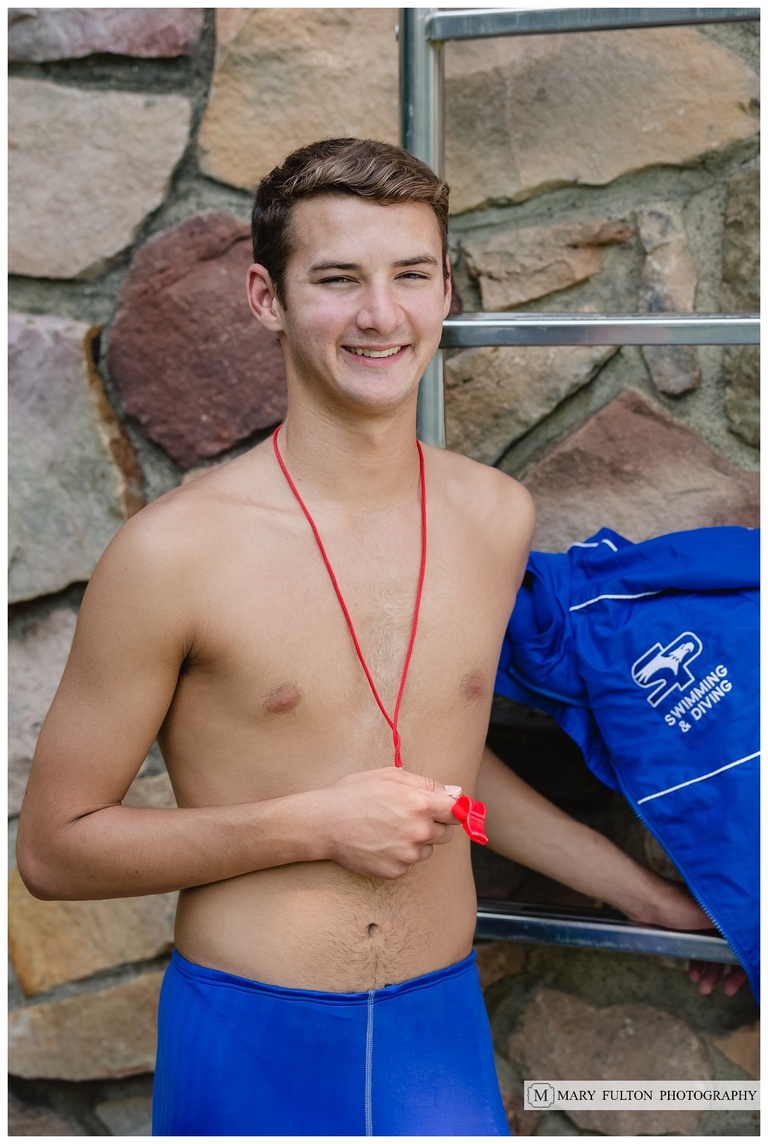 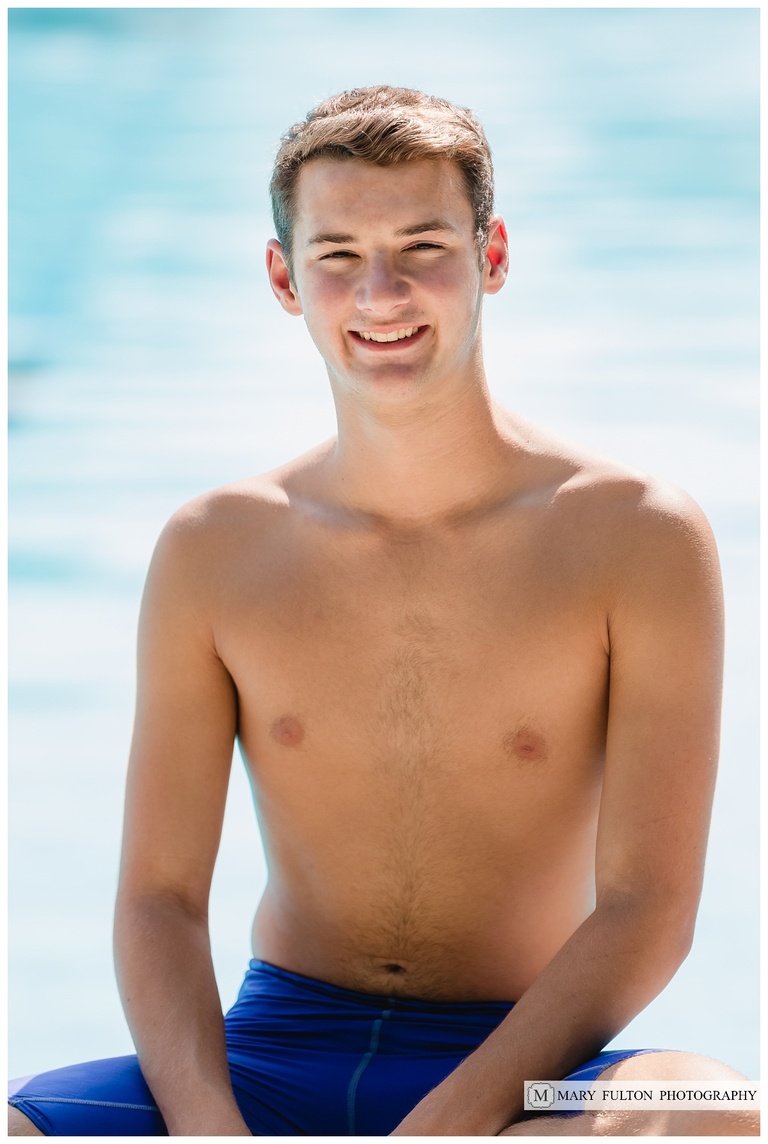 Thankfully for Sam, I had finished the shots around the pool and he was no longer tortured by just looking at the water.  I captured a few action shots as he was swimming across the pool.

I was impressed that Sam didn’t get much of his hair wet while swimming.  “As a lifeguard, I have to keep my eyes above water so I know who I’m looking to save,” Sam said.  I loved that answer!  I never thought of that aspect but it makes complete sense.

It was quite evident that Sam was in his element once he was in the water.  He was swimming, floating and smiling from ear to ear!  I was so glad to capture photos of his favorite activity! 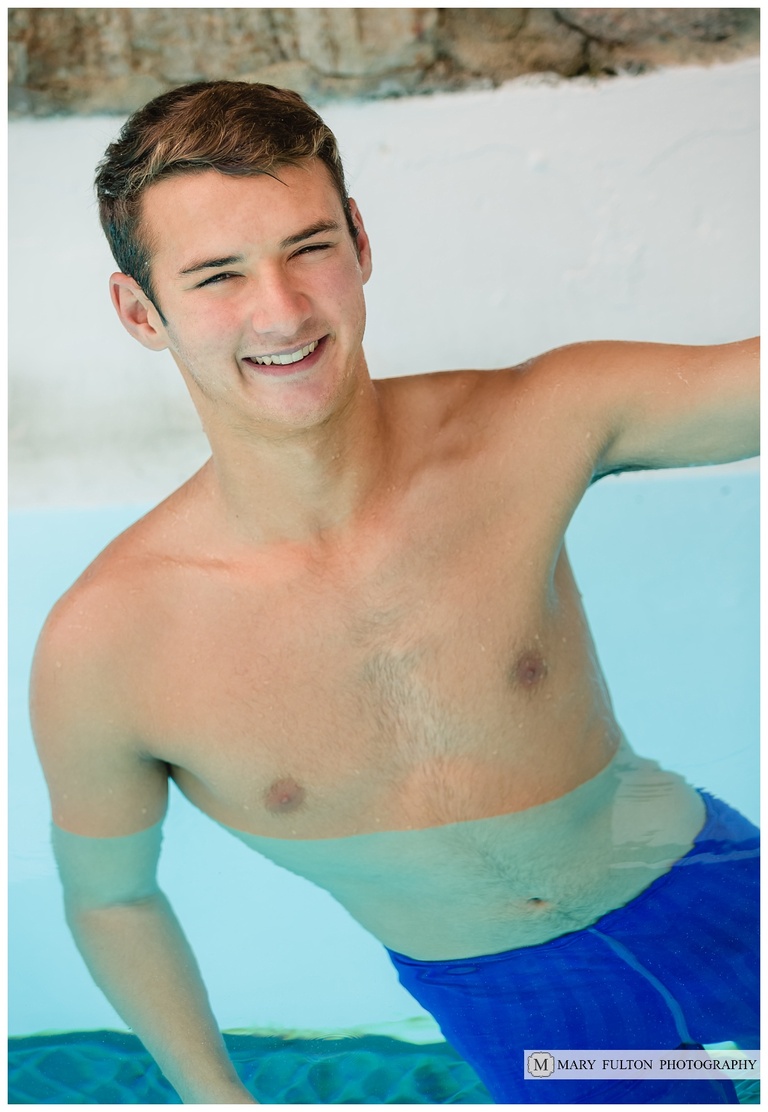 The week following, we had the 2nd part of Sam’s senior session.  It was my favorite time of day for capturing images because the sun is much lower in the sky and is so flattering for portraits.  Sam wanted his senior session at the park. I absolutely love the stone backdrop that was nearby! Sam is an active senior!  He’s not only on the swim team, but he’s also on track and plays the drums in the band.  I don’t know how he has time to do it all!  We had to get some shots with him in his Letterman jacket! 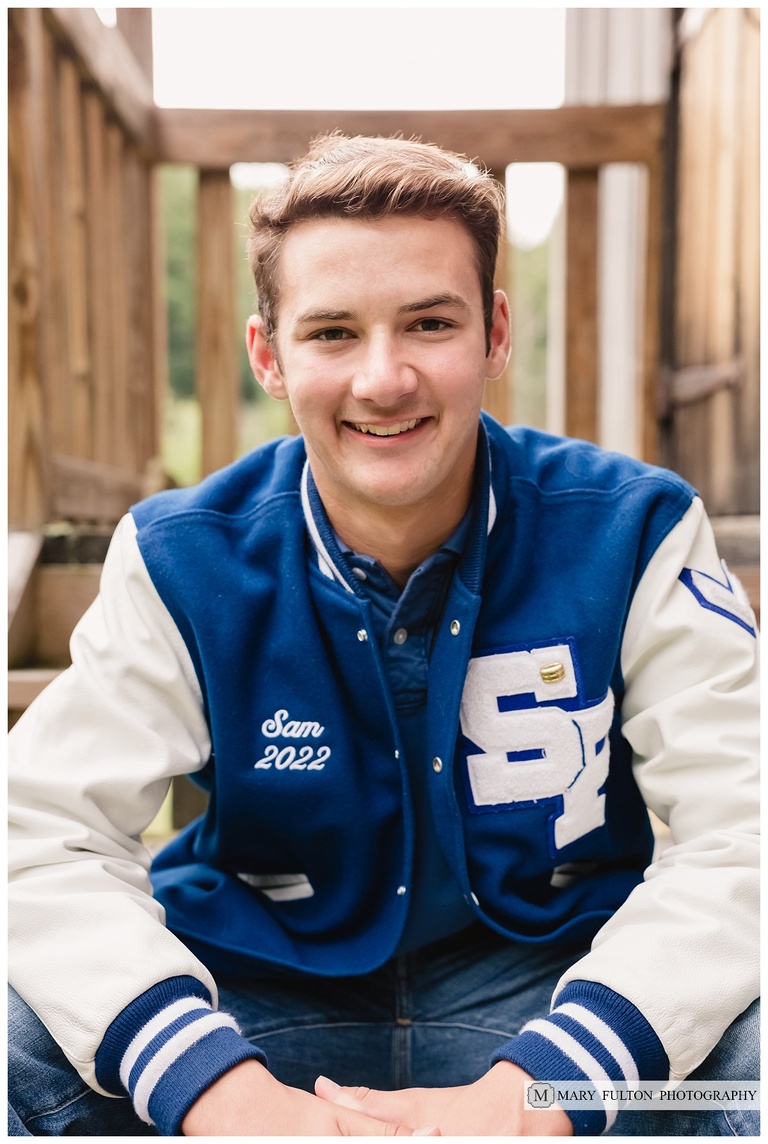 Sam had a quick wardrobe change.  He couldn’t have chosen a better color for his last outfit.  Such a great color and contrast against the wood! Although some of Sam’s expressions are serious, don’t be fooled…we had a lot of laughs during our session!  I adore his candid expression caught here… Before finishing up, we had to take a look at the Cascades.  This has been a project that the township has been working on for a while.  It was modeled after the man-made waterfall that existed in the park in the 1930’s!  Back then, it was a big attraction with its waterfalls and wading pools.  It was very popular in the summertime.  It’s so exciting that South Park is bringing it back!  We were thrilled to stumble upon this beautiful treasure.  We took a few additional photos in this spot.  There was no water in it just yet, but it is truly going to be gorgeous when it’s completed. What a fantastic shoot!  Sam has aspirations to become an electrician after high school.  He’s bound to be a success!

Congratulations, Sam!  You are such a special senior and you will continue to be a positive influence in the world.  Enjoy your senior year and wishing you all the best! 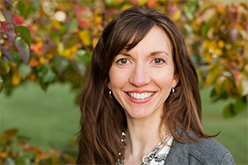